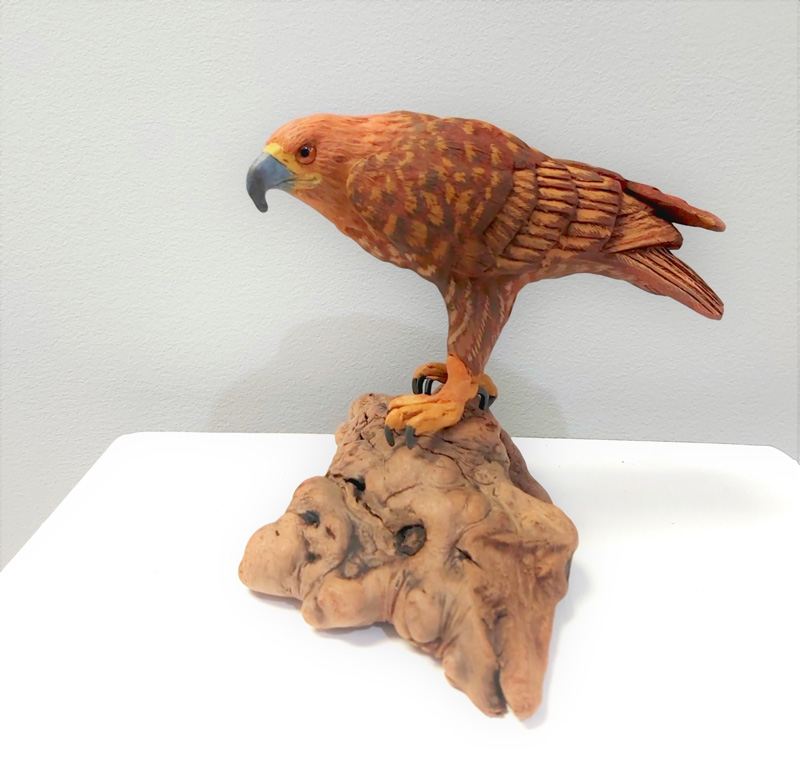 Although largely self-taught, Stephen took up woodcarving in 1987 and has studied under some of the best known carvers in local classes given by carver/teacher, June Noll, and in seminars with established carvers like Ernest Muellmatt, Jim Sprankle, Lynn Forehand and Greg Woodard.  After starting with a few, simple decoys, he made steady progress into the ranks of advanced wood carvers and artisans.  He has also done extensive research on his subjects, building a library of materials, photographs and videos to achieve maximum authenticity.

Stephen has lived on Cape Cod since 1985 with his studio located near the waterways and marshlands of Osterville and Marstons Mills.  This is the habitat of hawks, osprey, blue herons, ducks of all kinds, swans and countless other species. It is not only an inspiring environment, but one which permits the study of New England wildlife at first hand.